Water Speaks ....
through time....
​
In 2017 the North Midlands received an unseasonable amount of rain in summer and autumn due to successive storms.
​The video on the left  is of floodwaters moving down Macpherson Street, the main street of Carnamah. It was taken from the front door of The Bank Gallery. A few houses, the IGA, the local tyre shop and parts of The Exchange flooded (some of them multiple times in a few months). The video on the right  is of a hail and rain storm, from autumn of 2017. Carnamah copped a shower of hail, which filled the gutters of many buildings... and then it rained. So much water poured into The Bank Gallery... a week before it was due to open for the first time! It was like someone had a fire hose on. Water went through the ceiling with water dyed black by ceiling dust running down the newly painted walls. Video & words by Andrew  Bowman-Bright.
& floods
​Historic Images | Floods in Winchester (between Carnamah and Coorow) taken by the Mulligan family during the 1930s, courtesy of the Carnamah Historical Society & Museum. ​ 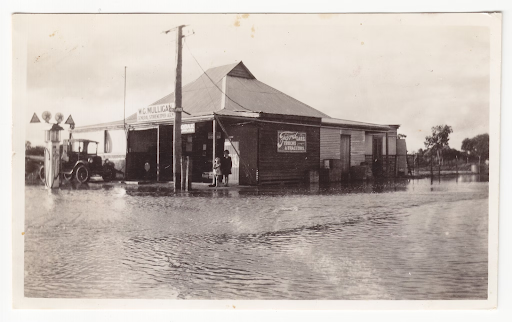 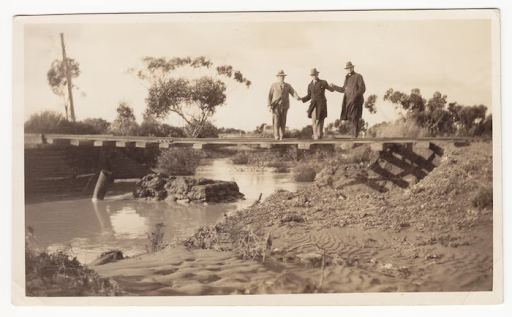 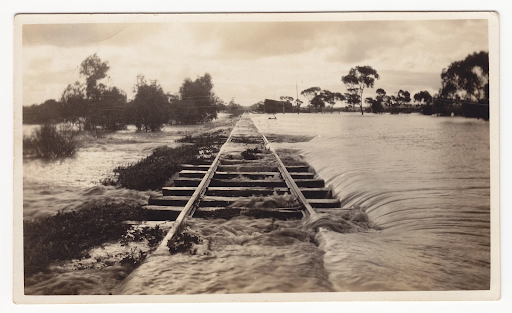